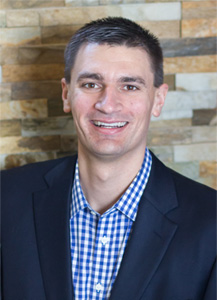 Nick Bowdish is responsible for the overall management of Elite Octane and has a track record of executing the tasks needed to meet the strategic goals and objectives of operating a dry mill ethanol plant.  Mr. Bowdish currently provides these services as President of N Bowdish Company, formed in 2013 to provide project development and management services to the grain and ethanol industries.  In addition to Elite Octane, N Bowdish Company provides services consistent with the role of President/CEO to Siouxland Ethanol, LLC located in Jackson, Nebraska.

From 2008 to 2013, Mr. Bowdish was General Manager of Platinum Ethanol, LLC located in Arthur, Iowa where he was the sole manager of Platinum’s commodity margin and risk management strategy.

From 2007 to 2008, Mr. Bowdish was a project developer at Fagen, Inc. located in Granite Falls, Minnesota where he served the ethanol, wind, and industrial process industries.

Mr. Bowdish graduated from The University of Wisconsin – Madison with a bachelor’s degree in Agricultural Business Management.

Patty Greteman is responsible for finance and accounting, regulatory compliance and IT at the plant.

From 2011 to 2017, Ms. Greteman was the Controller and then VP of Administration for Patriot Renewable Fuels, LLC, an ethanol plant in Annawan, Illinois. From 1999 to 2010, Ms. Greteman held the positions of Vice President, Internal Audit, and Vice President, Controller for iPCS, Inc., a publicly traded wireless company operating as a Sprint PCS Affiliate of Sprint Nextel Corporation.

From 1993 to 1999, Ms. Greteman was the controller for a smaller regional wireless carrier in Kentucky. Prior to her work in the wireless space, Ms. Greteman worked in accounting management roles in the coal industry as well as for Union Pacific as an internal auditor.

Ms. Greteman has a Bachelor of Science degree in business administration with a major in accounting from Creighton University in Omaha, Nebraska. 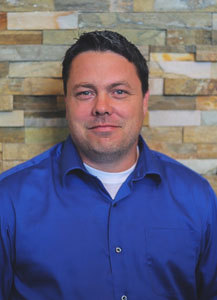 Mike Messing is responsible for the plant operations of Elite Octane and has a history of training, building, and leading some of the strongest teams of people working in the dry mill ethanol industry.  Mr. Messing is currently onsite in Atlantic and is managing numerous contractors that are each contributing to the construction of the facility.

From 2014 to 2017, Mr. Messing worked in Operations for N Bowdish Company where he was the lead individual on plant optimization efforts across the dry mill ethanol industry as well as assisting in project development.

From 2009 to 2014, Mr. Messing served as Production/Plant Manager of Platinum Ethanol located in Arthur, Iowa where he was responsible for a team of over forty people that operated an efficient and large dry mill ethanol plant.

From 2005 to 2009, Mr. Messing served as a start-up technician at Fagen, Inc. in Granite Falls, MN where he was responsible for commissioning more than 40 plants constructed by the Design-Builder.

Mr. Messing grew up near Central City, Nebraska, served in the United States Marines Corp, and is an avid Huskers fan. 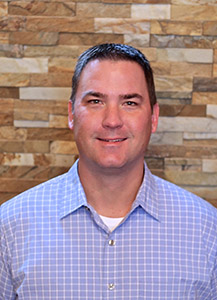 Adam Stamp is responsible for overseeing the corn procurement, ethanol and distiller’s grains sales, and corn oil sales strategies at Elite Octane and has an extensive background in the grain and feed industry.

From 2014 until 2017, Mr. Stamp worked in the grain division at JD Heiskell, trading both UP and BN corn shuttles to various customers in the western United States.

From 2007 until 2014, Mr. Stamp worked in the proteins division at JD Heiskell, trading all of the rail dried distiller’s grains for the western US feed company.

Mr. Stamp grew up on the family farm in nearby Walnut, IA and graduated in 2001 from Iowa State University with a bachelor’s degree in Agricultural Business.

Amanda Teigen is responsible for overseeing the administrative functions at Elite Octane.  In addition, Ms. Teigen is directly involved in human resources at the plant and oversees the hiring process including scheduling interviews, handling background screenings and processing employee documentation.

From 2010 until 2014, Ms. Teigen worked in customer service and bookkeeping in the small business segment of industry.

Ms. Teigen grew up in southern Minnesota. She and her husband recently relocated to the Atlantic area.